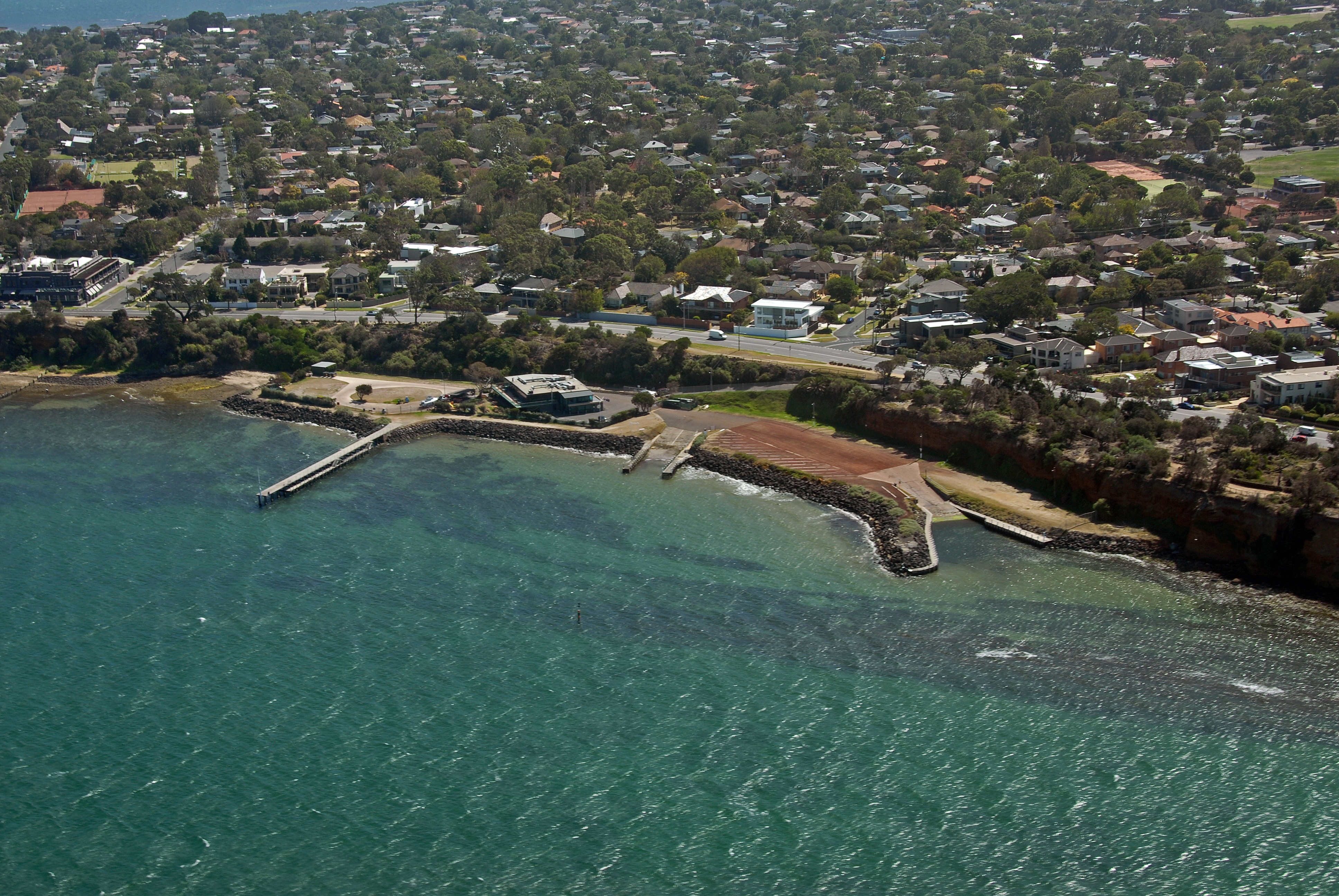 The filled area between the Beaumaris Cliff and the sea is a 1.2 hectare area of filled coast and seabed leased in 1997 to Beaumaris Motor Yacht Squadron Ltd. for 21 years till 2018 at a rental of $13,000 per year, with a right of renewal.

the filling, which was begun in 1959, covers some of the best fossil areas, it was not included in the Beaumaris Bay Fossil Site on the Register of the National Estate, but is an enclave within that Site. Click on the photograph for a zoomable high resolution version.

The 1.2 hectare land leased from the Crown is, as a non-conforming use, part of the Public Park and Recreation Zone here, and associated Environmental

Significance Overlay under the Bayside Planning Scheme, both of which also cover the nearby seabed.

plants and the pest plants recorded on this section of the foreshore.