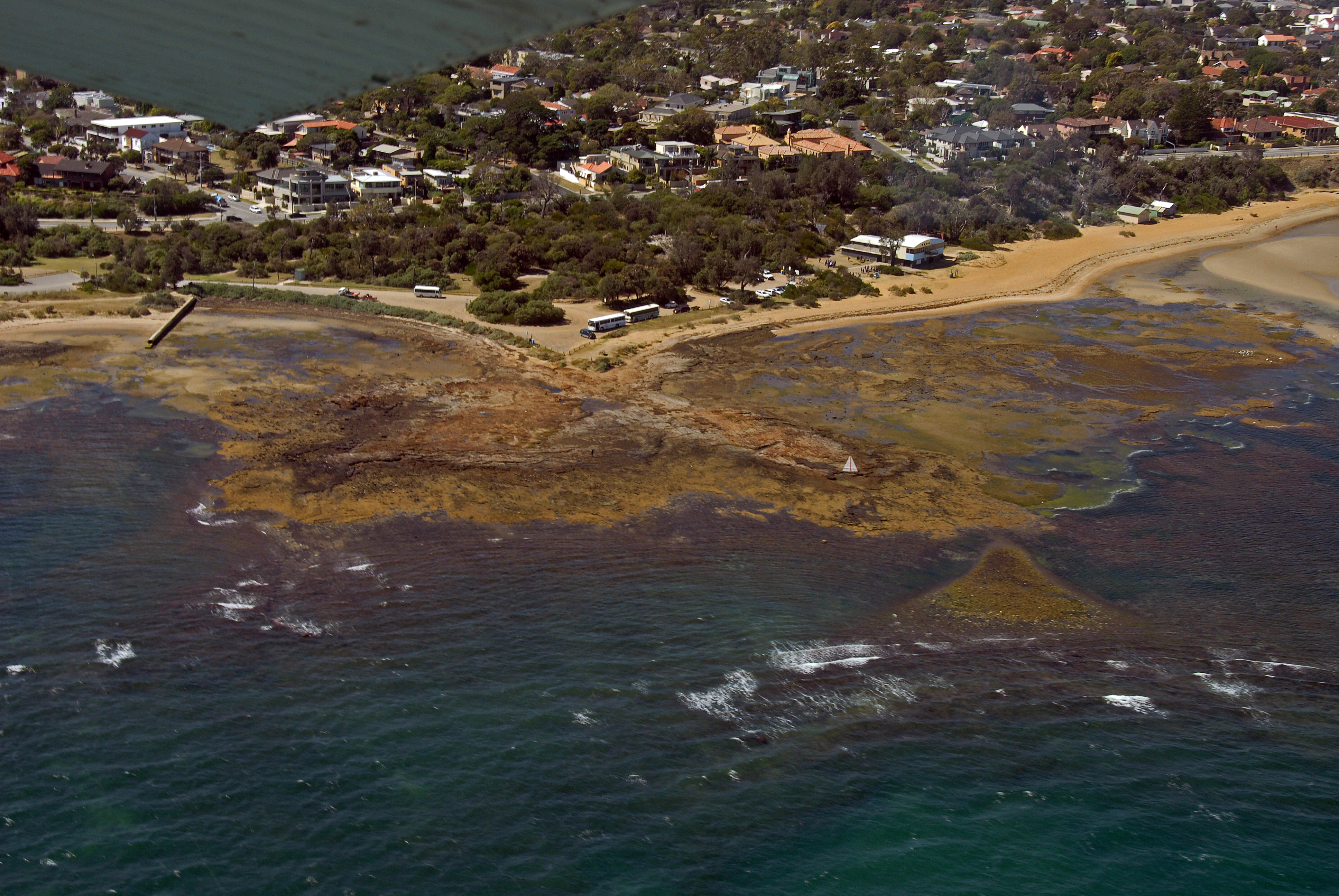 Click on the photo for a zoomable high resolution version. The longest finger of the rocky shore platform here is Ricketts Point.

Note the triangular white marker at its extremity, which was the southern one of a ‘measured nautical mile’ pair of markers formerly used by the Royal Australian Navy for accurately measuring the speed of its ships. The other member of that pair is the inverted white triangle that can be viewed by zooming into the high resolution version near the left of the large Life Saving building with the curved white roof. Note the large concrete drain at the left, and the two large buses dominating the scene.

See the indigenous plants and the pest plants recorded on this section of the foreshore. Beaumaris Conservation Society Inc.