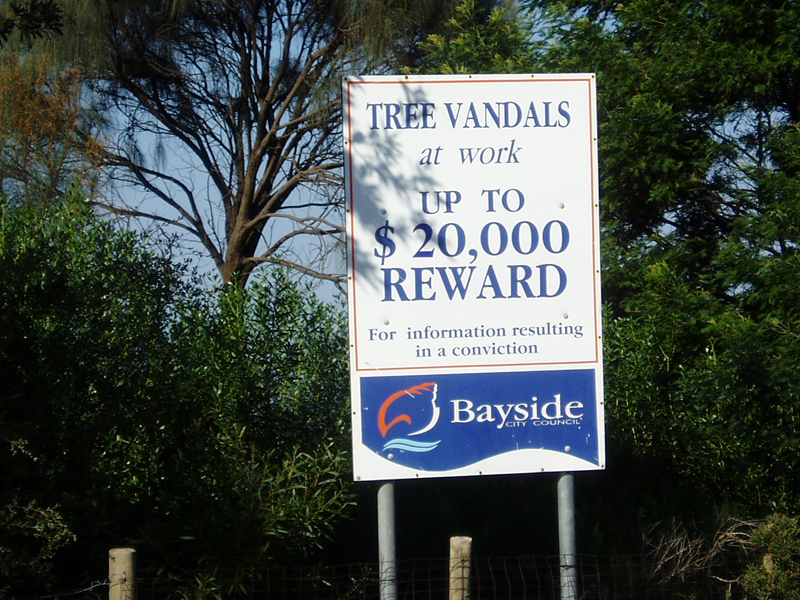 Bayside City Council’s sign just east of Cromer Rd, Beaumaris, was one of many to

for the bicycle road extension, so Council removed trees it had previously protected. 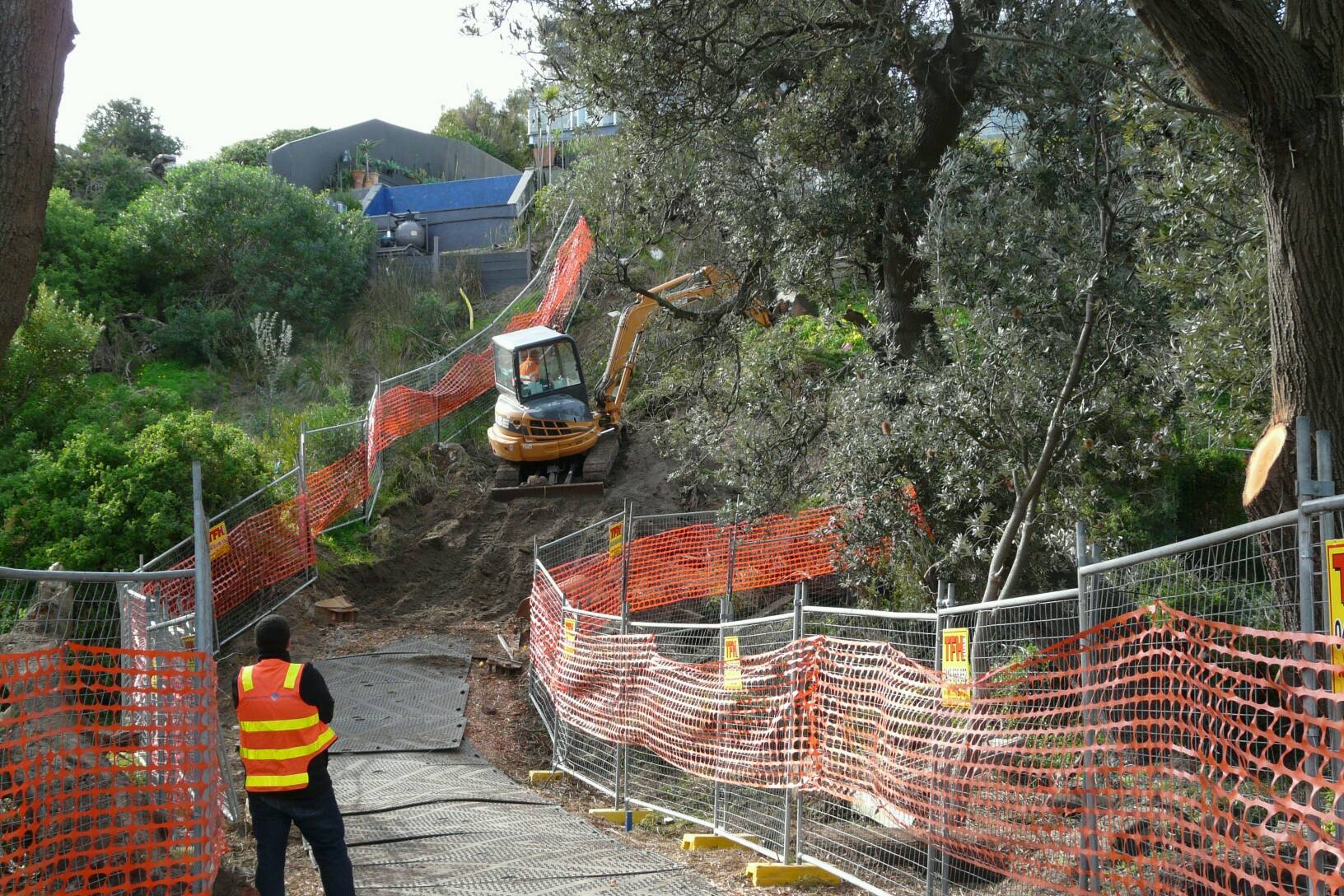 Click here for a high-resolution plan – which can be zoomed
in to – of the section of Ricketts Point Landside Reserve where Bayside City Council granted a permit in 2014 to remove eight trees
to let machinery enter to repair the landslip problems of 406A Beach Road, Beaumaris, despite its road access being from Lang Street. 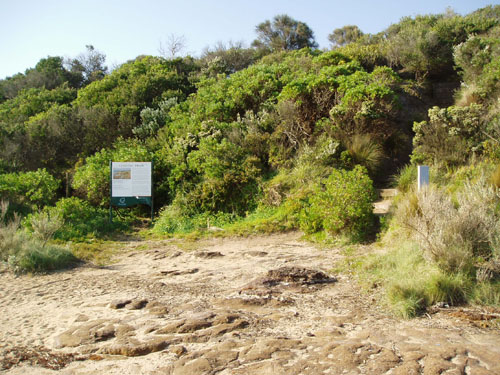 Click on photo to see progress here. Campaign 2008B wants
Beach Park’s proliferating signs to be fewer, less obtrusive, & less white. See list of the 193 signs along the Marine Sanctuary and a photo of each. 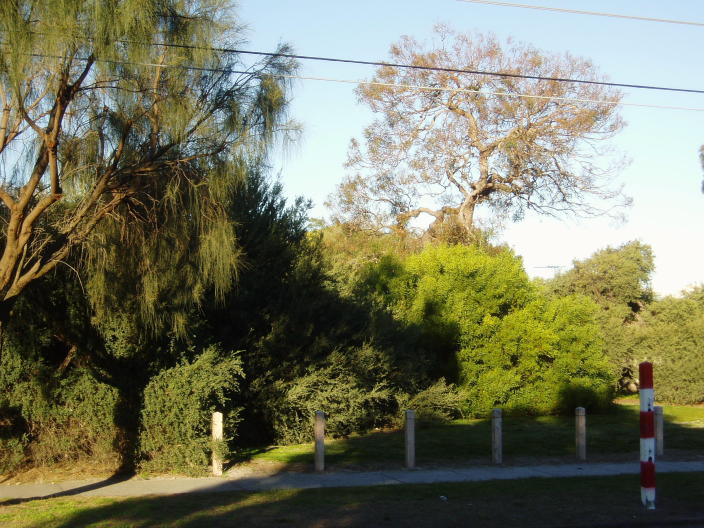 BCS Inc. commends Bayside City Council’s success in rezoning the Concourse bushland above from its inappropriate Business 1 Zone to a Public Park and Recreation Zone. 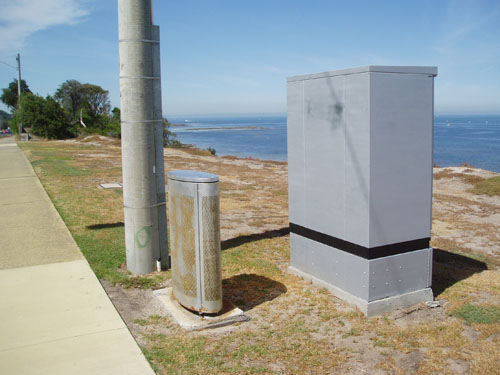 BCS Inc. wrote to Bayside City Council suggesting the use of
indigenous coastal vegetation to screen the obtrusive blot on the landscape that Federal law has allowed to be imposed near Surf Avenue. 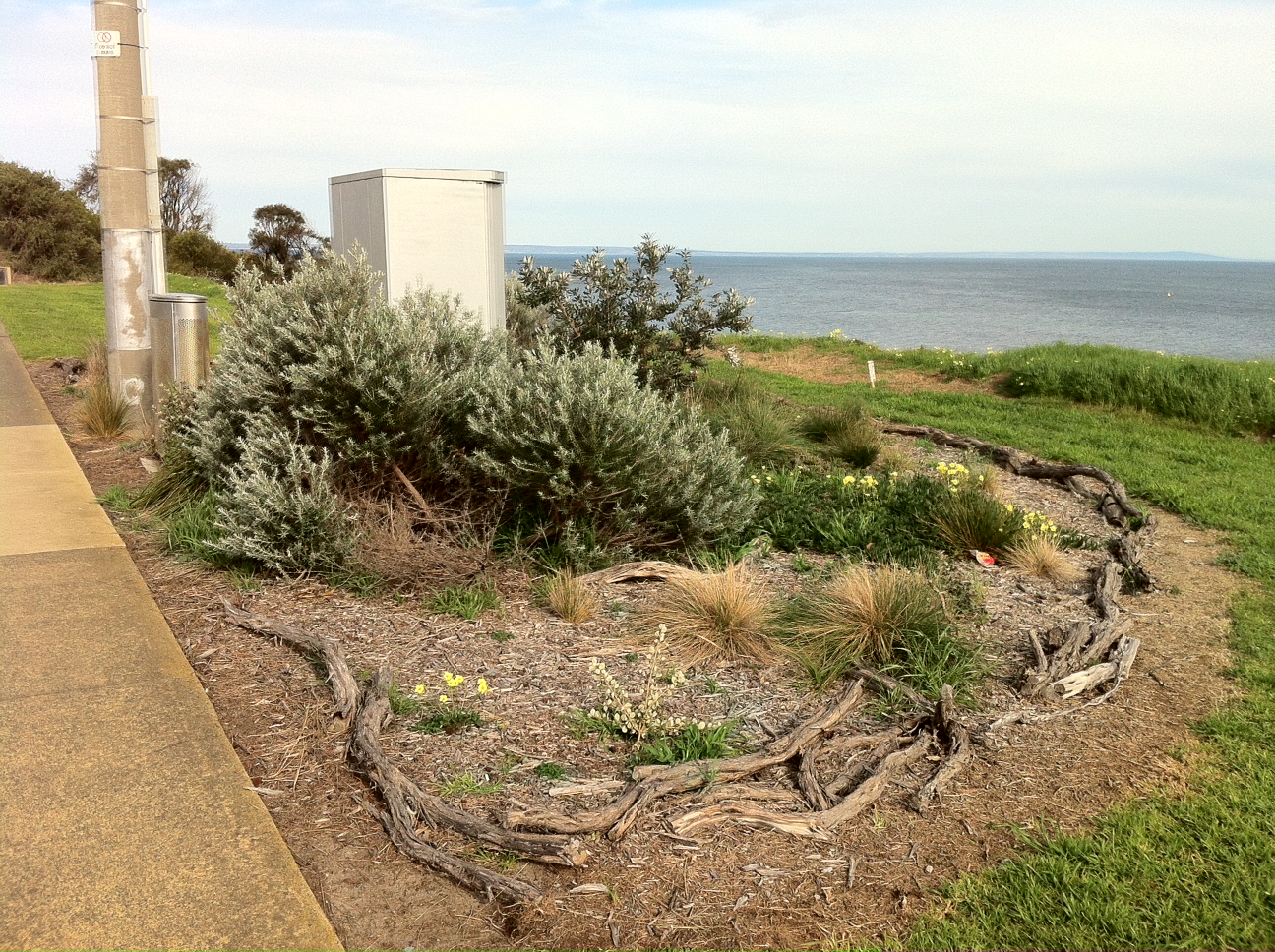